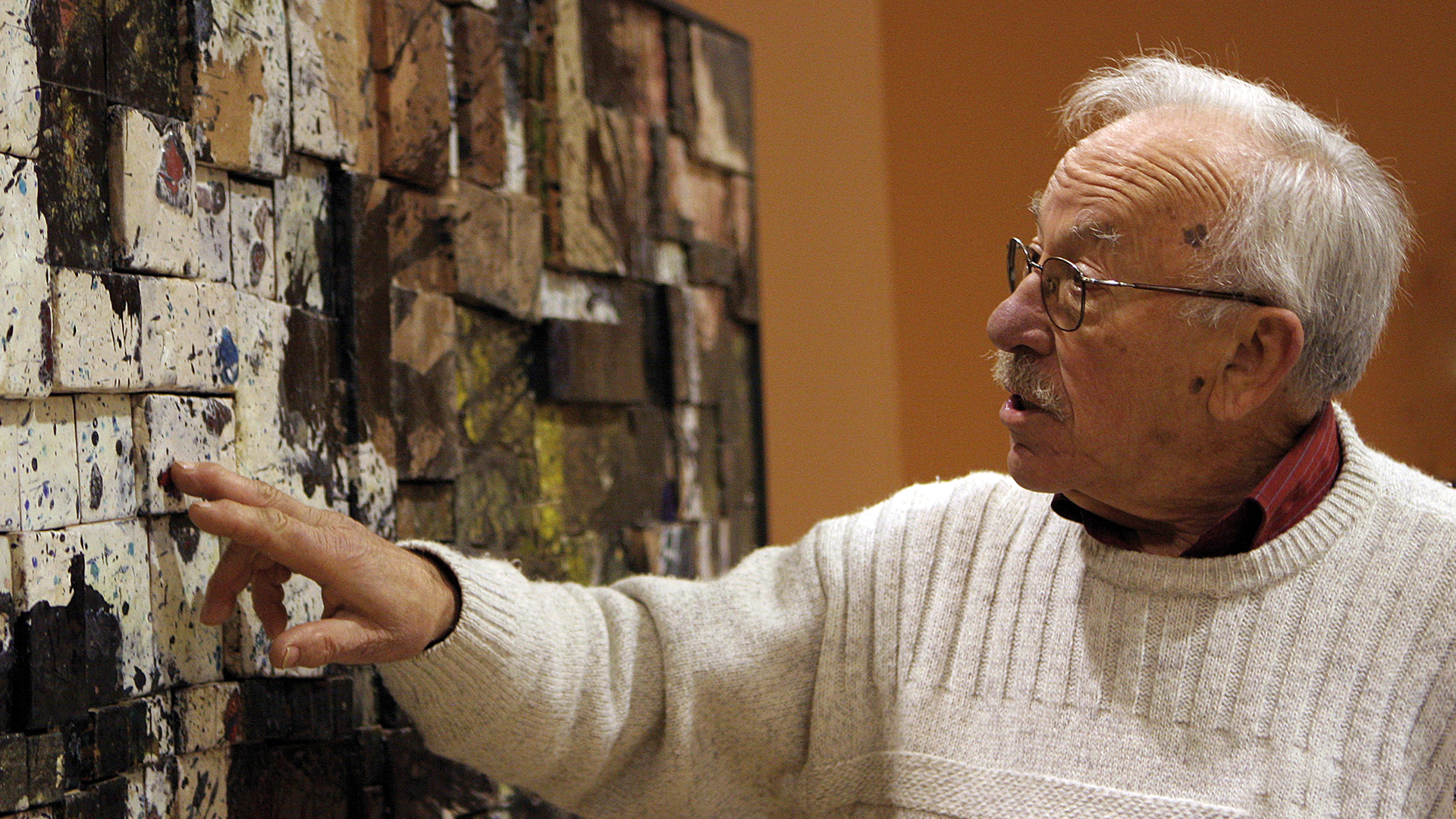 Arcadio Blasco (Mutxamel, 1928 - Madrid, 2013) is one of the most renowned artists to come out of Alicante in the 20th century. He received the Valencia Region Government’s Plastic Arts Award in 2005 and the National Award for Ceramics in 2010.

He trained as a painter in Madrid and Valencia, respectively at the San Fernando and San Carlos schools of fine arts, during the 1940s and 1950s. His artistic practice, however, led him to foray into other disciplines: sculpture, stained glass and, above all, ceramics.

The works you can see here were created between 1980 and 2001. Over those two decades, in which his maturity as an artist became evident, Blasco explored such themes as the prejudices and lies backed by those in power, inexplicable and age-old fears, or the swift passage of time.

Arcadio Blasco’s ideology permeates his work. The result, deeply personal, is sometimes political and always striking. These features are clearly perceived in his “Arquitecturas para defenderse del miedo” [“Architectures to defend oneself from fear”], where irony and his disillusionment with politics objectify through his ceramic works.

Particularly remarkable is his “Ruedas de molino” [“Millwheels”] series, in which the Spanish saying “comulgar con ruedas de molino” (literally “to take communion with millwheels”, to believe or accept something unbelievable or unacceptable) serves as the starting point for a reflection on impositions that are hard to accept.

“Nuevas arquitecturas” [“New architectures”] is a series of monumental ceramic sculptures installed all over the country, in the shape of towers, defensive structures or arches built to mark a defeat. Mock-up models of these sculptures are exhibited here given the huge size of the real ones, located in public spaces.

Through his work, Arcadio Blasco aimed to protect us from fear in a never-ending quest for reason and freedom. In his own words, “when immersed in disturbing beauty, man can feel immune to external attacks.”