The Teaching Methods Area considered it essential to use the museum building to introduce young people in contemporary architecture and in particular, to museums. The workshop, designed for this purpose, was aimed at secondary and upper-secondary students and 390 adolescents took part in it.

The first part of the workshop consisted of a theoretical explanation structured in two parts. In the first part, a Powerpoint presentation was displayed to present museum buildings, both contemporary (Guggenheim New York and Bilbao, Archaeological Museum of Merida, City of Arts and Sciences in Valencia ...) and historical (Prado Museum, Orsay Museum...). In the second part, the group discovered the Museum of the University of Alicante through a guided tour during which they were shown pictures of buildings of all times (the megalithic monument of Tudons’ Naveta in Menorca, the Temple of Luxor, the Alhambra of Granada and the architecture of Mies van der Rohe for the German Pavilion at the 1929 Barcelona Exhibition, etc..) and were asked to seek analogies between the MUA and these buildings.

During the practical phase, students performed an architectural project for a museum in groups of three. They were free to design it in plan, elevation or sketch. The building could be designed to hold the funds or exhibitions of their choice. 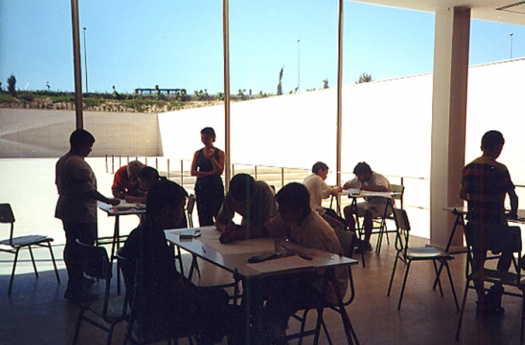 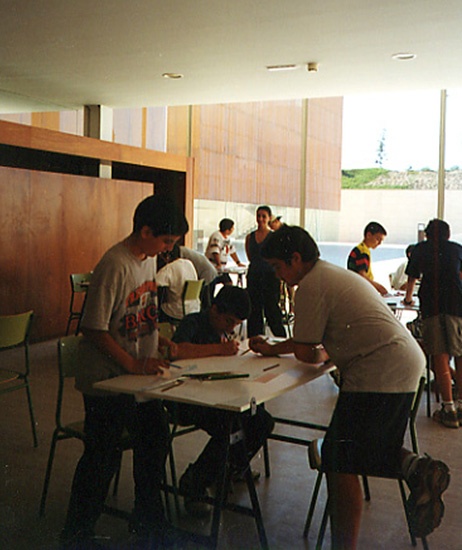